Yesterday I heard strange beeping noises, followed closely by the sound of a spray can. Now normally my neighbourhood is pretty quiet at 9.30am on a Friday and we are fortunate that spray cans are not widely used for graffiti purposes.

However hieroglyphic graffiti had appeared on the grass, the footpath and the road. There was an official looking chap wielding the spray can and sporting high viz safety gear (I’m not sure why he needed a hard hat because the only thing that could fall on him was the sky!).

Being a “concerned citizen” and having had problems with people digging up the ground and disrupting our water supply in the past because of its unlikely location, I headed out to quiz this chap.

It seems that we are to have fibre optic cables laid outside our property as part of the nationwide high speed fibre optic initiative and he was there with his special gizmo to establish the whereabouts of the underground electricity cables. When the gizmo located its target it would emit beeping noises and the chap would mark out his findings.

So here are the patterns near my house. I wonder if there will be more such hieroglyphics added soon as other gizmos search out and locate sewage pipes, waste water, water supply, telephone, gas and long redundant cable television connections. There is lot going on underground here and adding yet another cable sounds pretty tricky. 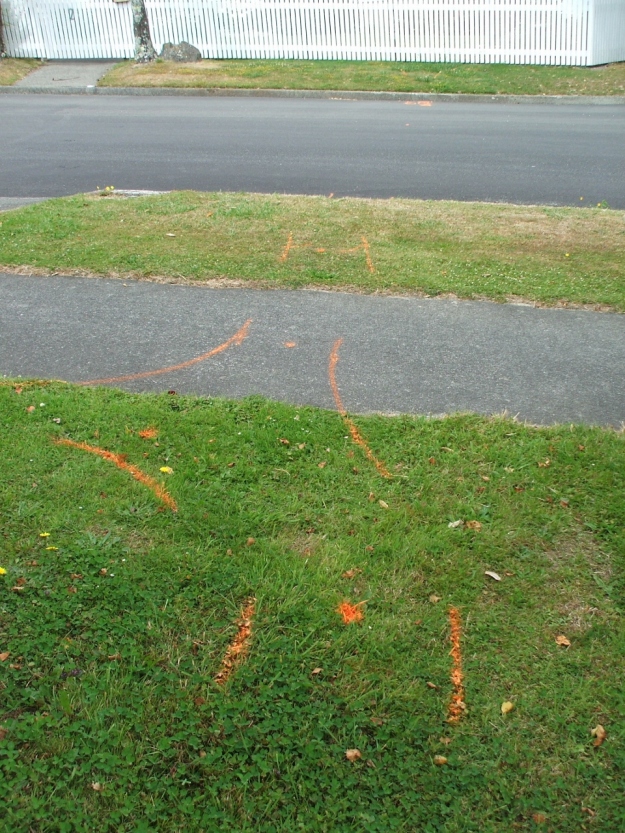 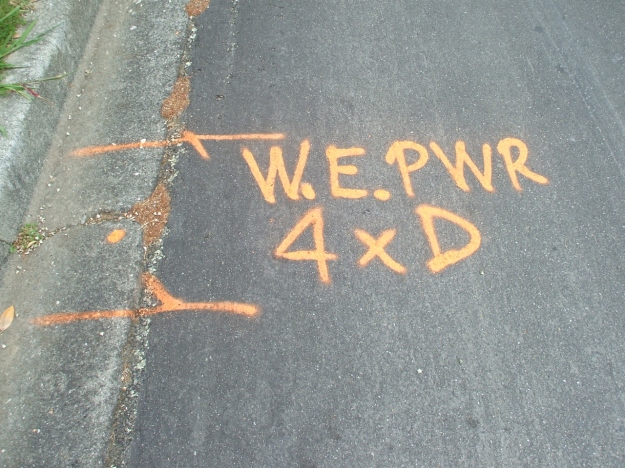