A good many years ago Cable Television infrastructure was installed underground in our suburb. It took a lot of digging and many disruptions to other underground services (water, gas and power) and we were left with ugly, little green boxes on the edges of our sections.

One neighbour had the misfortune to be at a junction point and so he received a more sizeable ugly, green box.
He is a passionate gardener and negotiated a deal with the contractors around the unsightly box. The result was the planting of a camellia bush and over the years it has grown just as he wanted it to and it now obscures the eyesore.

Cable television was a major flop and the green boxes remain but I think this Camellia is a real triumph of beauty over blight. 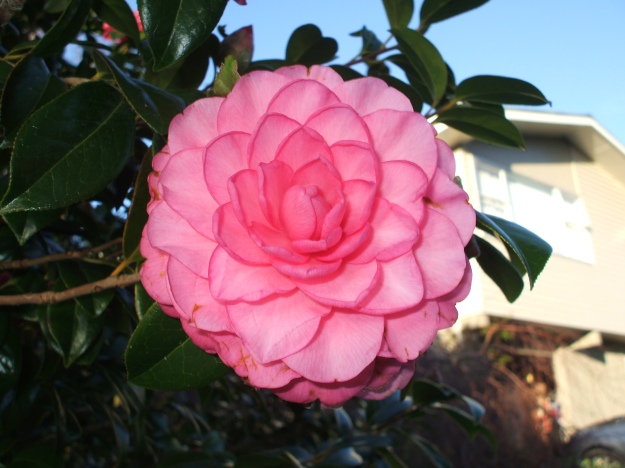