The lyrics of this well-known song date back to the 1940s for the film adaptation of “Pinocchio” and begin…….
”When you wish upon a star
Makes no difference who you are
Anything your heart desires will come to you”
By Ned Washington, Leigh Harline.

Here are the emerging, delicate white star flowers on the garlic chives. They look good enough to make a wish on. 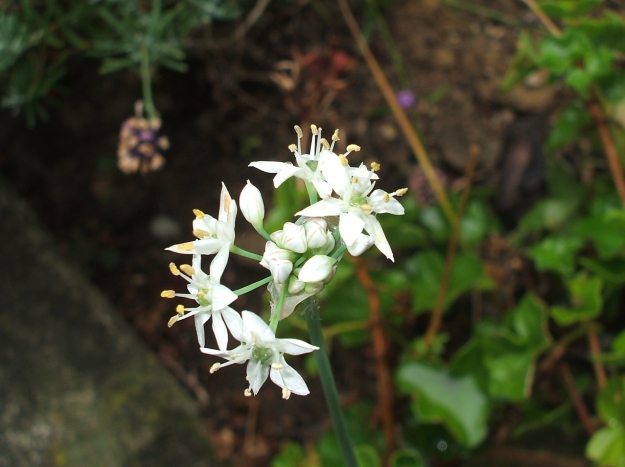 My wishes for more native birds appearing in my garden have continued to come true this week. Another slight thud on a window heralded the sight of another (or the same) Shining Cuckoo that I blogged about here. 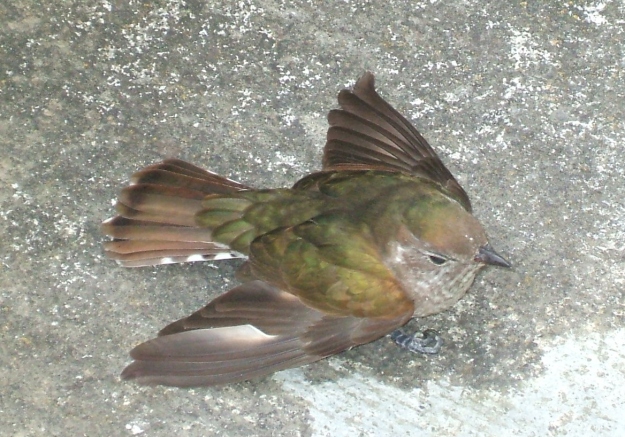 This time the wee bird was ready to fly away very quickly. These Cuckoos migrate in autumn to various Pacific Islands such as New Caledonia and the Solomon’s. The navigation skills they possess to achieve that journey are impressive. Their ability to avoid window panes in New Zealand is not so good.

Earlier today I heard a bird noise that sounded foreign to me. It was a high pitched squeaking sound that was rather persistent. Then late this afternoon the sound was much closer and I discovered a mature Tui and its very newly fledged youngster in the Tulip Magnolia near the sugar water feeder.

By the time I came outside with the camera the birds had flown. However the insistent squeaking noise was not far away and I found the fledgling again in the Mahoe tree in the tall tree area of our garden. 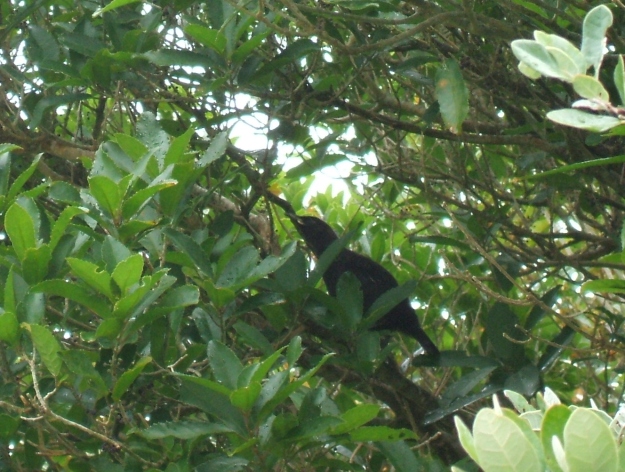 It is a splash of light near the throat of this young bird not its wattles.

The parent bird flew off as I crept closer but my eye was caught by another fledgling bumbling about in the variegated Griselinia.

It would seem that the adult birds have bought their twins to my garden to feast on the Mahoe berries and with the sugar feeder not far away. Or better still they have nested here and raised these young.
It is almost impossible to gain clear images as the wee birds wisely remain amongst the thick foliage up high in the trees. Neither of these fledglings have wattles and their yellow edged beaks were still visible to my eye as they moved about the branches. Their agility has yet to develop and some of their feathers had a downy look still. They are very newly out of the nest. 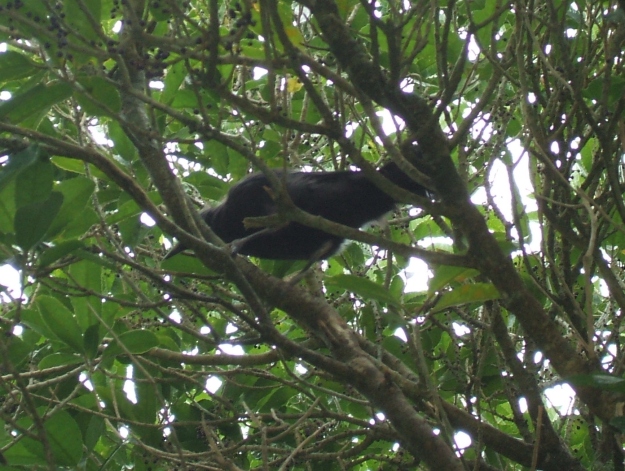 And in further exciting bird news please link here to Toya’s blog where she has posted about her amazing successes at Zealandia over the past two days. Her photos of the Stitchbirds and today the Eastern Rosella feeding its four hungry babies are simply stunning and very informative and special.

17 thoughts on “When you wish upon a star”