After further observation since Friday I could see that the two Tui fledglings were spending a lot of time in the Mahoe tree in our garden. I had seen the parent/s return to feed their young and when the gales subsided there were times when I could hear the now familiar squeaking calls.

No matter how much I tried the little point and shoot camera, with its limited zoom lens, was not going to capture these two young birds at such a special time in their lives.

I have no idea how long the “twins” will remain dependent on the parent birds so I figured a call to action was needed today.

The weather is foul with driving drizzle swirling on the back of a very gusty southerly wind. The fledglings are wise and shelter within the Mahoe, sometimes together and sometimes a branch or two away from each other.
My son has a swish Canon camera with a stronger zoom lens and he was happy to pop over late this afternoon and brave the elements in an effort to take some photos for me. The light was awful due to the low cloud and drizzle and to make matters worse the sun was breaking through at the perfect angle to spoil shots. The incessant, gusting wind of up to 50kms at times meant trees thrashing about and the little birds being blown about very vigorously at times. And the birds were particularly active.

But here are some of the results. 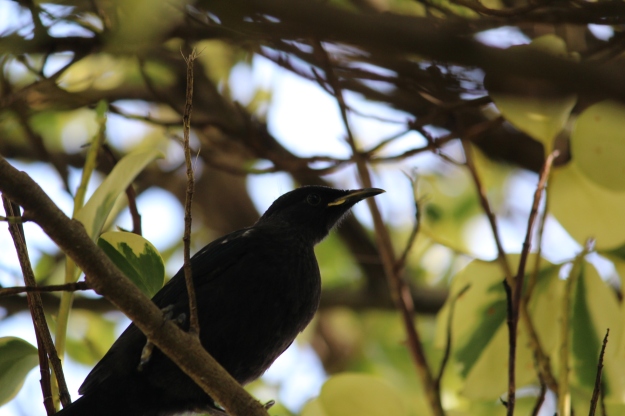 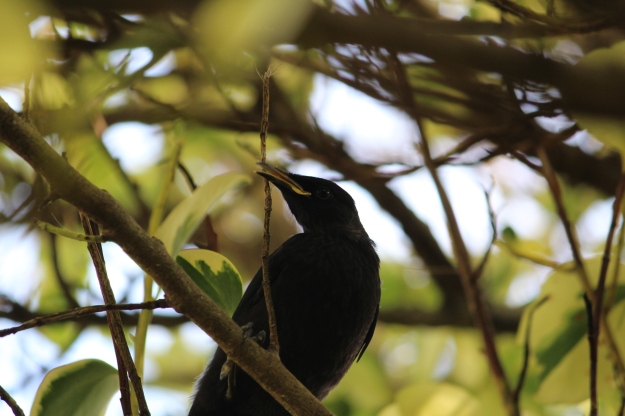 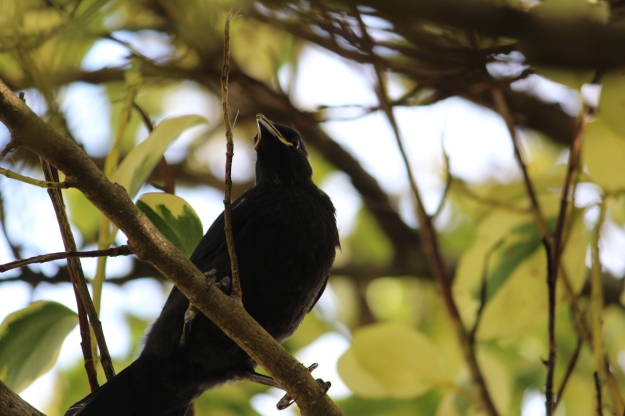 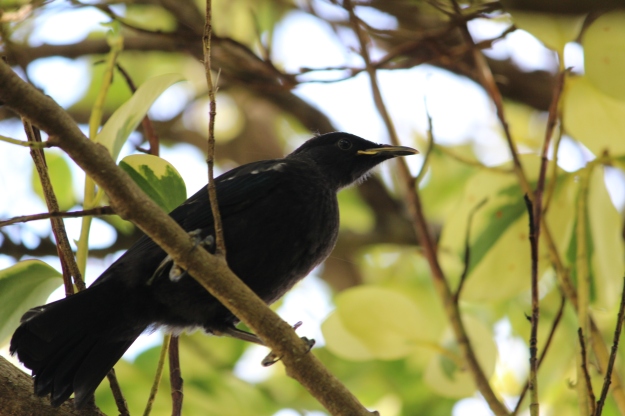 The parent bird returned at one point and the fledglings flew into a birch tree calling demandingly. Here they are hoping the parent will return to them with food while the storm buffets them with some ferocity. 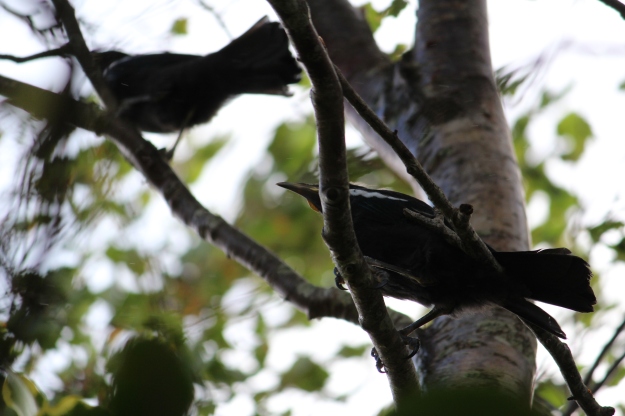 We decided to return inside and allow the family to regroup without our attentions. 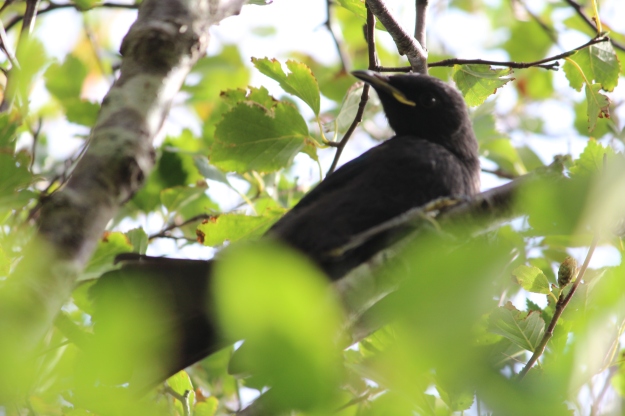