I saw the challenge to photograph the colours of spring on another blog yesterday.

So what are some of the colours of spring in my garden I wondered?

Here are a few as we enjoy a series of warmer, drier and sunnier days which are heralding the change to a new season.

The sweet delicacy of Camellia Quintessence 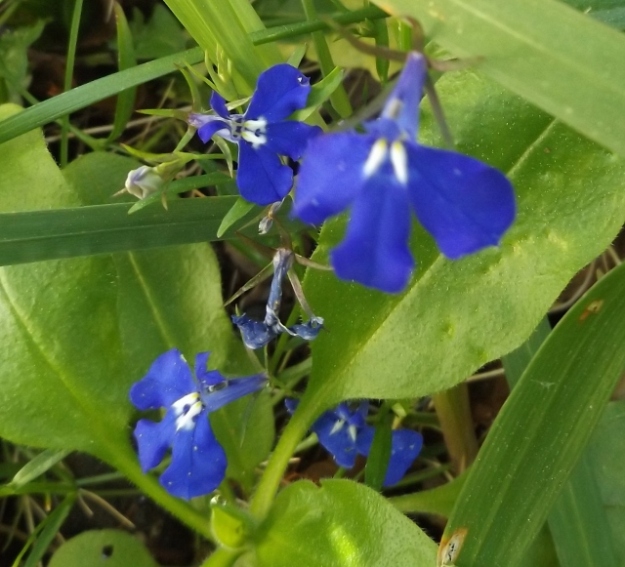 Lobelia amongst the weeds in their spring green lushness

The very new leaves of the white carpet rose.

One of the last Daffodils 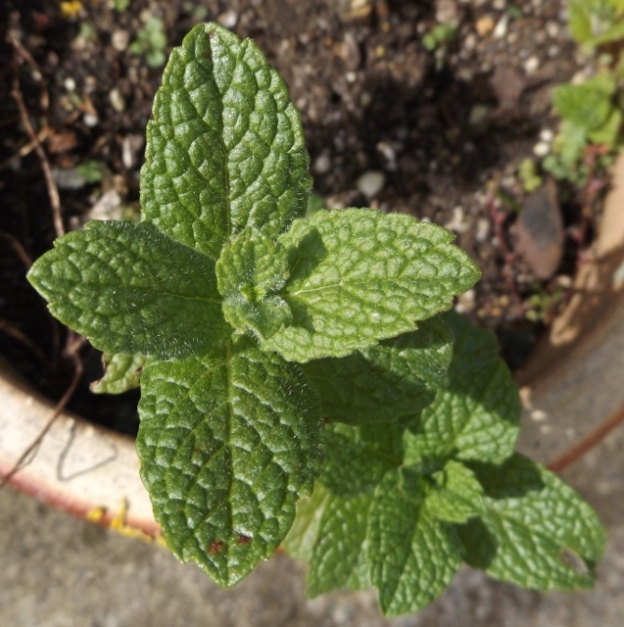 A good many years ago Cable Television infrastructure was installed underground in our suburb. It took a lot of digging and many disruptions to other underground services (water, gas and power) and we were left with ugly, little green boxes on the edges of our sections.

One neighbour had the misfortune to be at a junction point and so he received a more sizeable ugly, green box.
He is a passionate gardener and negotiated a deal with the contractors around the unsightly box. The result was the planting of a camellia bush and over the years it has grown just as he wanted it to and it now obscures the eyesore.

Cable television was a major flop and the green boxes remain but I think this Camellia is a real triumph of beauty over blight.

Yesterday, and again this morning, were times when my heart took a lurch or two.

Some lurches were favourable to my heart’s well being, others were not so friendly.

The first pleasing surprise came in the form of a letter from the Accident Compensation Commission telling me that they will fund the refurbishment of my precious orthotics. My orthotics keep me strong and stable after a nasty ankle fracture a decade ago so I am very thankful that a wise decision has been made to ensure my ongoing strength and stability.

Later in the day the DX mail delivered the monthly power and gas bill. The shock of that was a rather less heart soothing affair. We have used triple the amount of gas heating this month as we did in the same month last year. It has been very cold here so far this winter, hence the increased consumption of gas energy to keep us warm.
Fortunately the fortnightly income had increased substantially which means reduced stress over how to pay this and other regular bills. Whew, heart beat nice and steady.

And this morning when I turned on my laptop I received a message from the virus protection software telling me the ominous news that the Identification Protection had an error and no matter what I tried the “repair” option would not work. However after a restart and waiting a short time the error cleared after I pushed the “fix” button yet again and calm returned.

But the most heart warming and encouraging news from yesterday was when I listened to an interview on the radio with Bunker Roy of the Barefoot College initiative.

The focus on empowering women, on building on the knowledge held by indigenous peoples, using Grandmothers to learn new skills and pass them on, on sustainable energy and low costs, as well as many other commendable initiatives is a model I feel the world needs a lot more of.

It was refreshing to hear some positive news about progress and development around the world. My heart lifted immeasurably.

I have felt in need of some soothing today after a week so far that has been very challenging on many levels. I turned to my garden and took this photo of our Camellia “Quintessence”. The tag off the plant says “ Miniature single white blooms with white filaments and yellow anthers. Sweet musky fragrance. Early to mid season. Slow spreading bush.”

This is our second “Quintessence”. I checked the meaning of the word quintessence after we first purchased this delicately flowered shrub and knew our choice was an appropriate one.
The dictionary offered me two meanings: “ Fifth substance, apart from four elements, composing the heavenly bodies, entirely and latent in all things.”
“Most essential part of any substance, refined extract; purest and most perfect form, manifestation or embodiment of some quality or class.”

I needed the “fifth substance” after the four elements: water (floods in New South Wales), earth ( yet more earthquakes in Christchurch), air ( troubled by volcanic ash ) and fire ( a spate of arson attacks in the past week or more) have dominated lives. It was helpful to spend time looking at the flowers, enjoying their beauty and noting the new growth that has occurred despite something nibbling on the leaves. I felt more at peace.

We have had a dull day here with lots of rain. The light is very low but I found some splashes of colour in the late autumn garden.