Friday last week was another day of high winds so I decided on a day at home using the sewing machine.

I turned on the radio and began to listen to an interview with Professor Gerry Gilmore, a New Zealand born Astrophysicist.

He is the principal leader of the Gaia project. My ears began to prick up more when I heard that the purpose of this project is to map, in 3D, 1 billion stars and the project had begun way back in 1990. Twenty three years is a long time to plan something.

The most precise telescope ever built, with the biggest camera ever made and including 10 mirrors will be launched on Wednesday 20th November 2013 from a site in French Guiana.

The destination of this amazing piece of equipment is 150 million kilometres away in outer space. It needs to be that far away from the sun, the earth and the moon to escape the gravitational pull of these celestial bodies. In order to function at its optimum it needs a gentle, stable environment and one which is shaded so it has a sun shield as part of it.

Pictures of the silicon carbide Gaia can be found here on the Radio New Zealand website.

Apparently the universe is expanding at a rate that is too fast and I would have to say that what I went on to learn from this interview caused my mind to expand at an accelerated rate too.

Gaia will take exquisite measurements of 1 billion stars, measurements equal to measuring a shirt button on the moon from earth.
• It will measure the whole sky, find what is up there and map it.
• And all this will be in 3D. A first for mankind.
• It will measure things in the sky 80-100 times, over 3-5 years because things move and will return to be viewed.
• It will find planetary systems and weigh them.
• Gaia will accurately weigh the Milky Way.

• It is hoped that Dark Matter, which astrophysicists know exists because without it the sun would fly off into outer space, may be understood in greater detail and potentially made visible thanks to Gaia and its technology. Dark matter has mass and can be weighed…..at this point my humble sewing seemed a mere speck in the great body of human achievements.

• It is also hoped that Gaia will discover and explain remnants from the early universe and explain reality around chemical elements and their relationships to earth and human beings. 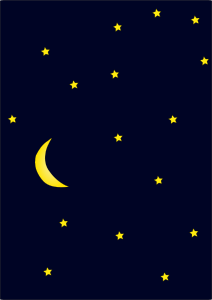 If all this is not enough it is also hoped that IF Dark Energy is out there, and currently it is just a name and not understood at all, then Gaia might advance learning on this. Super Novae will be studied, critical distance calibration will be fine- tuned and perhaps answers to why the expansion of the universe is accelerating rather too quickly will be found. Suffice to say that learning will be stretched and more questions generated and more evidence accumulated.

The interviewer drew an analogy between this project and the days of the sea-going European explorers in the 1600 and 1700’s.

When Captain James Cook set off for the southern ocean he was tasked with finding land and mapping it. Other European explorers, such as Abel Tasman had reported back that there was land so James Cook had some data to work with. He was successful in mapping the coastland of my homeland and now we have a countryman who is heading an exploration of the heavens above us, seeking a 3D map of it all.

Here is a link to the Gaia project website. I will be following progress come November 20th 2013 with great interest. It feels a real privilege to stand on the edge of such awe inspiring discoveries.